Back Radiation Early Results - No Fan

Using the setup of the previous post
http://climateandstuff.blogspot.co.uk/2013/05/proposed-back-radiation-test-setup.html
but with no fan and no shadow dot used the following results have been obtained.
(x-axis is in seconds from start of test - many tests were done and recorded over about 12 hours - the main problem is trying to keep ambient constant or at least clear of low frequency noise) 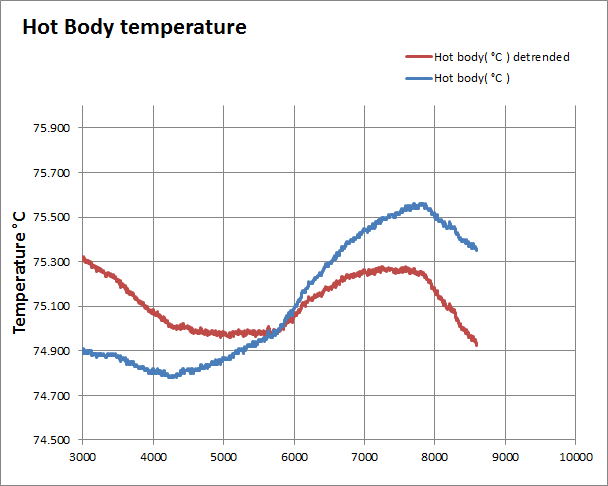 Detrended by the air gap temperature between double glazed and single IR window the plot shows that with Warm source in place Hot body is 0.3°C hotter than when ambient source is in place 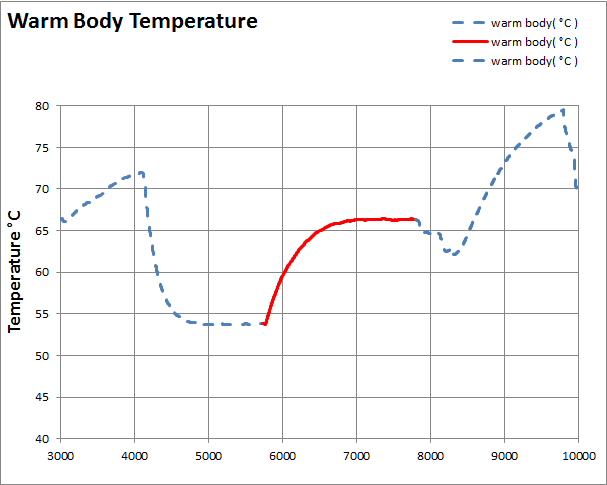 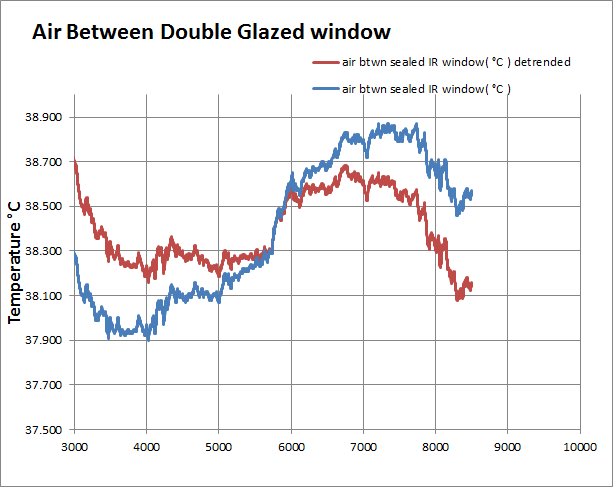 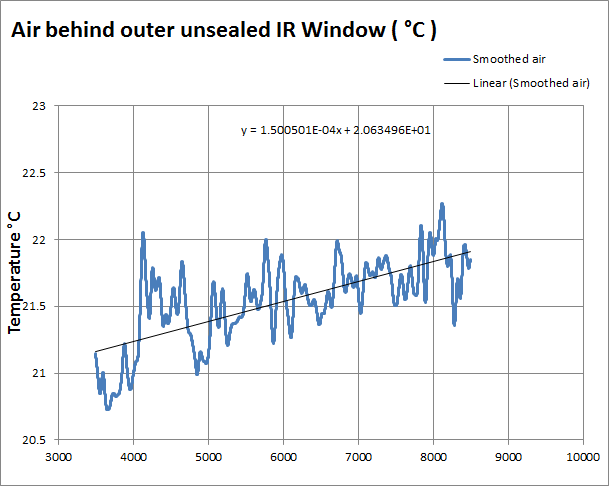 This plot shows the air between the double glazed window and the isolated IR window. Note that it shows no sign of being warmed by the warm source. The trend is because of ambient changes. This trend was removed from the "detrended"  plots

It should be noted that the radiation from the warm plate has to pass through 3 layers of poly film to reach the hot plate. In a previous post
http://climateandstuff.blogspot.co.uk/2013/03/does-thermal-radiation-travel-from-cool.html.
I showed that this food wrap (LDPE) is not 100% transparent to IR.


Again I am certain that the hot body temperature increase is caused by the IR from the warm source.

Again criticism of the experiment is welcomed!