Nenana Ice Classic is over for 2017

The Nenana Ice classic is a non-profit corporation formed by the residents of Nenana, Alaska, for the purpose of conducting an annual ice pool contest under special statutory authority enacted the first state legislature in 1960. The Association was incorporated by the State of Alaska in December 1972. Previously it had operated as an unincorporated association.

The idea is to guess the exact time of the ice break-up on the nenana river
This contest has been running since 1917 and consequently gives an idea of thermal conditions on the river over time. Unless dynamite is used(!) the time of breakup is difficult to contest and calling "Fraud" even more contentious.

Three plots are given 2 timed from the start of the year and one from the vernal equinox (the latter uses a fixed point in solar time). 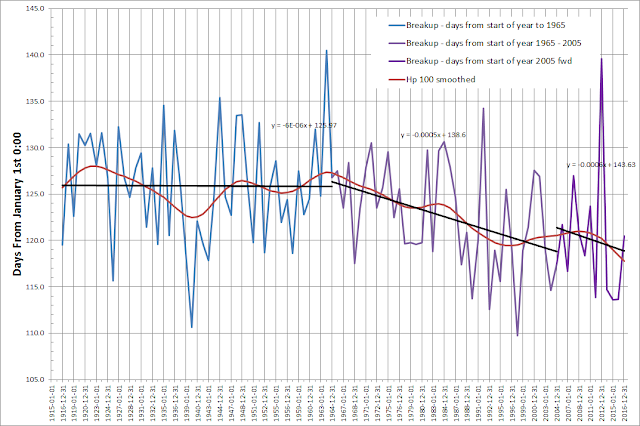 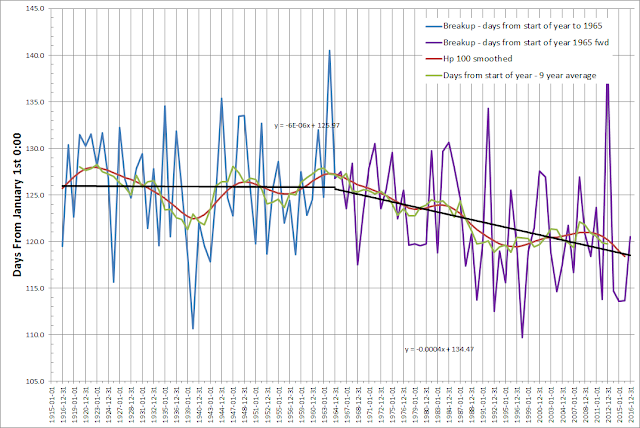 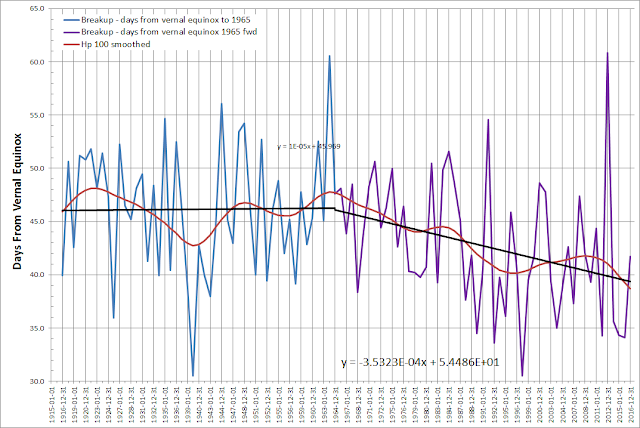