Such invalid posts on blogs and the CEI site:

BREAKING: CEI Defeats RICO-20 Ringleader Shukla In FOIA Lawsuit – Emails to be are made public

First a look at wuwt:
Watts comment in the editorial (in red)

And from one of his minions (not towing the line) 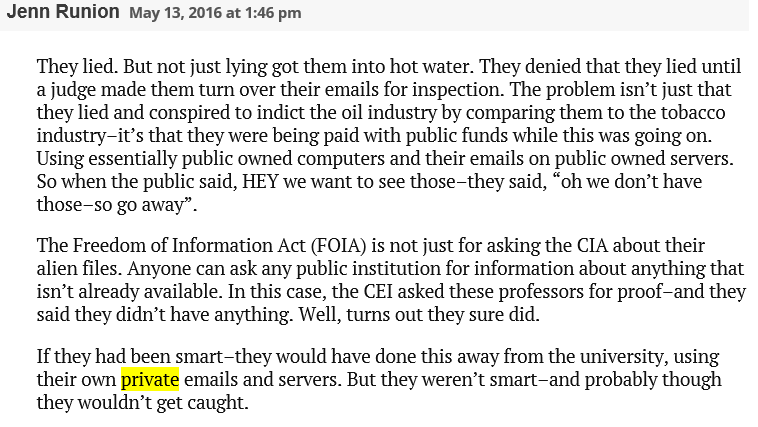 So what is the correct thing to do go private and "circumvent" foi???

What's it all about.
Well it seems to be about supporting a RICO case against corporations (in a similar attack made on tobacco firms who initially denied that nicotine was addictive and claimed tobacco smoking was not harmful)

So where does an attack on climate change dissenters come into this? Its certainly not obvious to me! What it looks like is a way to get corporations to come clean about what they know about climate change and fossil fuels, and to do it under oath facing a judge.

What do those people supporting the RICO case say - which dissenting climate scientists are they trying to muzzle. Let's see an email: 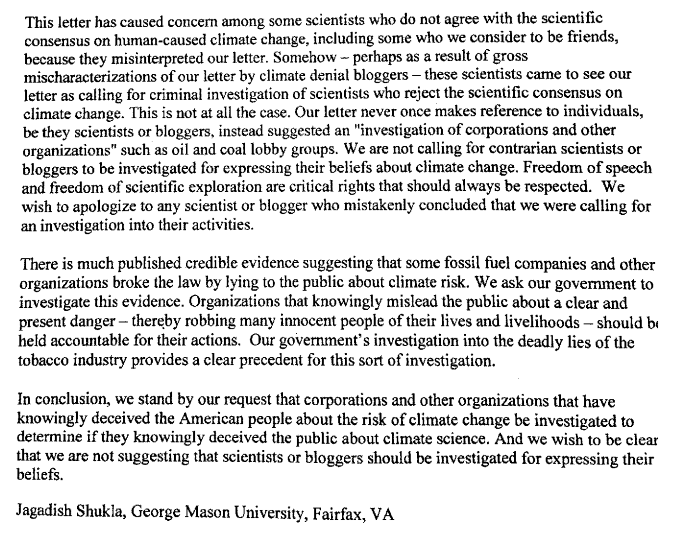 How have some of these dissenters who have NOT been attacked respond: 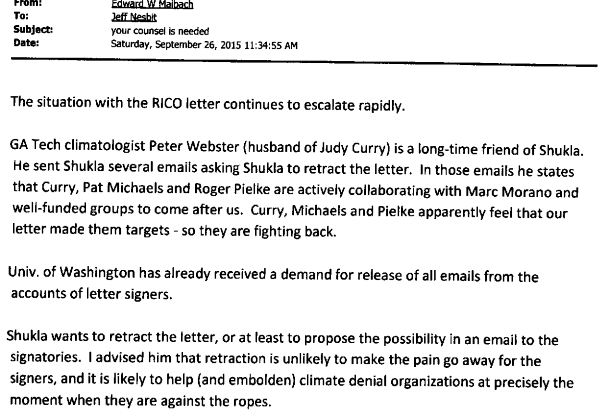 Strange that it is more like the dissenters are trying to muzzle the  RICO 20 right to free speech!

So how is this being taken by the public: 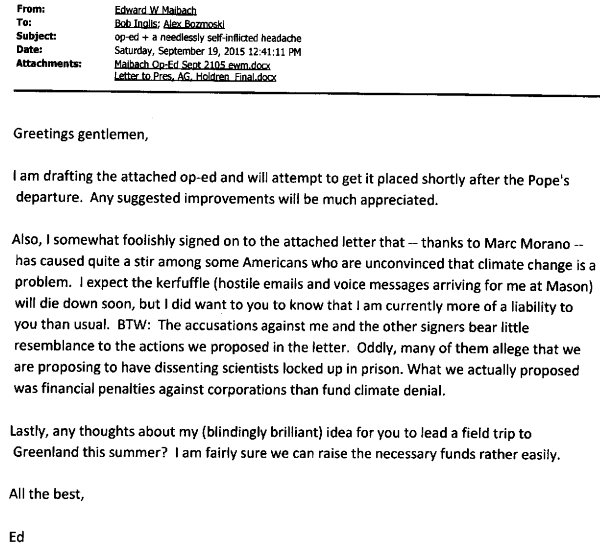 And the hate gets so bad that Prof Jagadish Shukla begins to think he should retract the letter but is convinced he should let it roll: 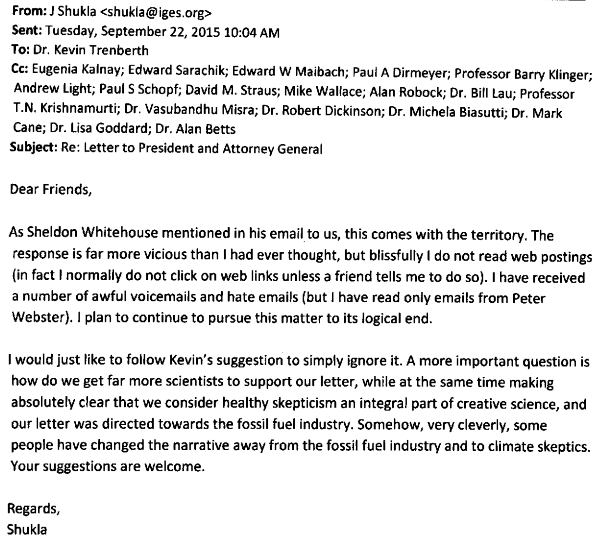 What is it all about?
The letter in question does not suggest criminalising climate change dissenters.
RICO is a fact finding rather than criminal investigation.

RULE BY THE SIZE OF YOUR WEB BLOG READERSHIP not by Democracy.

Posted by thefordprefect at Saturday, May 14, 2016 0 comments