First a combined cycle gas turbine - not known for its efficiency at less than 100% of rated output.

http://www.gepower.com/prod_serv/products/tech_docs/en/downloads/ger3574g.pdf
Fast starting and loading is characteristic of STAG combined-cycle generation systems. This enables them to operate in mid-range, with daily start peaking service as well as baseload.

Typically, STAG systems can achieve full load within one hour during a hot start and within approximately three hours for a cold start. 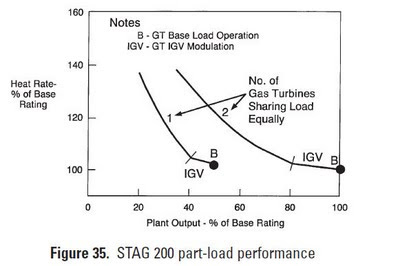 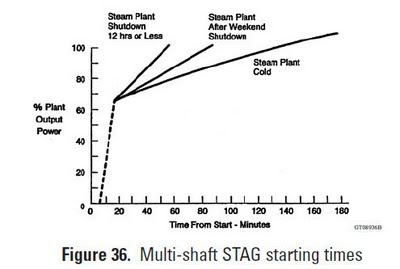 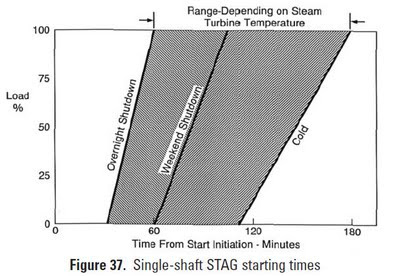 Now one designed for variable output 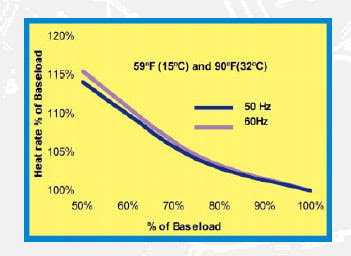 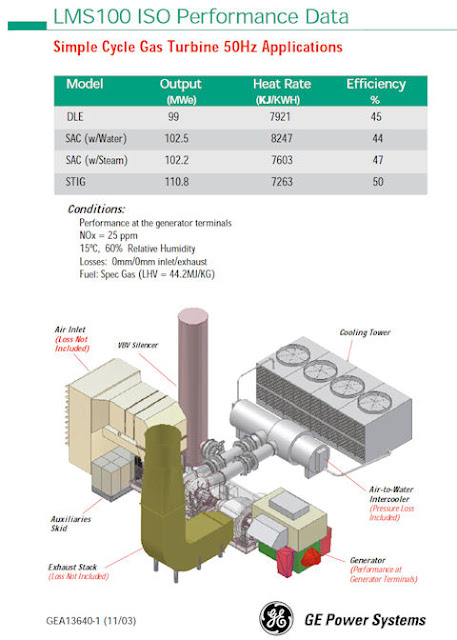 From the House Of Lords.

101. The first cost imposed by intermittency is that more plant has to be held in reserve to cope with short-term fluctuations in output. At present, National Grid, which operates the electricity system,[34] keeps a number of power stations running at less than their full capacity, providing about 1 GW of spinning reserve—that is capacity which can automatically respond to any shortfall in generation within seconds (Q 293).[35] The company also contracts with other stations to start generation quickly and has arrangements with industrial consumers to reduce their demand at short notice, in order to restore the level of spinning reserves as soon as possible after they are used. The company holds about 2.5 GW of this standing reserve (Q 293); 70% of this comes from generation, and 30% from industrial consumers (p 144).

102. As the amount of wind generation rises, the potential short-term change in wind output will also increase, and National Grid will have to hold more reserve to cope with this increase. The company told us that if renewables provided 40% of electricity generation—the share the company believes would be needed to meet the EU's 2020 energy target—its total short-term reserve requirements would jump to between 7 and 10 GW. Most of this would be standing rather than spinning reserves. This would add £500 million to £1 billion to the annual cost of these reserves—known as balancing costs—which are now around £300 million a year (Q 293). This is equivalent to around 0.3 to 0.7 pence per kWh of renewable output.

103. Estimates of balancing costs vary widely. The government has commissioned research from the consultancy SKM,[36] which estimated that if renewables provided 34% of electricity by 2020, with 27.1% from wind power, the extra cost of short-term balancing would be about 1.4 p/kWh of wind output[37] (Q 481). This equates to a total cost of £1.4 billion, well above that assumed by National Grid. Several pieces of evidence cited a 2006 report by the UK Energy Research Centre (UKERC),[38] which had estimated the balancing costs with up to 20% of intermittent renewable output in Great Britain at 0.2-0.3 pence per kWh. Although the share of renewables in the SKM study was less than double that of UKERC, the balancing costs per unit were more than five times higher. In part, this may reflect higher fuel costs since the studies surveyed by UKERC were performed; but it will also reflect the greater challenges of dealing with larger shares of intermittent renewable generation. 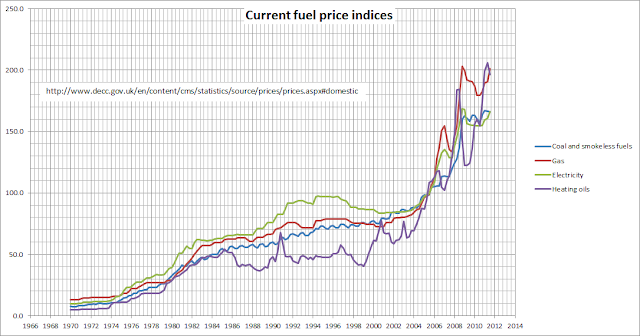