Just to see if the peak solar output can show up as a delayed sea temperature rise this is a PSPICE simulatution of sea (or something!) 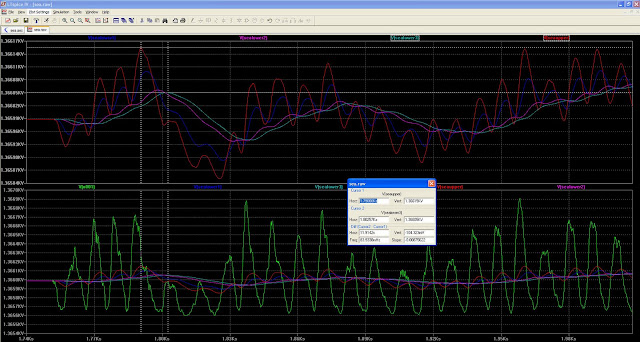 A long timeconstant is used to simulate sea surface /atmosphere interface. A 10000 times shorter time constant is used to simulate the conduction in sea from surface to depths.
Input signal is TSI from 1700 to 2008
So using this so called simulation of solar TSI impact on sea it can be seen that up to 13 years delay from TSI peak at sea surface to peak subsurface.
You can also see that the time constants simply smooth the peaks of TSI to o.oo6% including over the 100-1830low tsi.
LTspice simulator free here

Suggestions for better real world data
Posted by thefordprefect at Saturday, May 21, 2011