Data is dependent on cloud cover. Unfortunately cloud data is only available during daylight. Hours of darkness therefore are not included in this analysis

The first plot shows the variation with date  (2004 to 2013) Unfortunately the calibration of the pyrgeometer (including device swapping on every calibration) shows up as a signal greater than any trend. The calibration dates are shown as dotted blue lines. 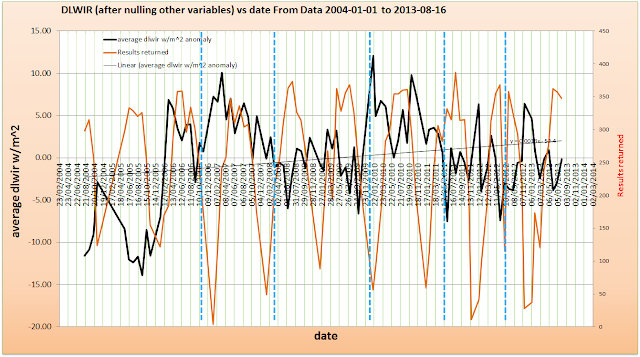 Luckily this is the only data extraction that is synchronous with date. Other extraction will tend to remove the drift by averaging. It is significant that the calibration adjustments show up indicating that this spreadsheet successfully sees valid changes of <5w class="goog-spellcheck-word" span="" style="background: none repeat scroll 0% 0% yellow;">sqm

This next plot shows the expected variation of dlwir with temperature. 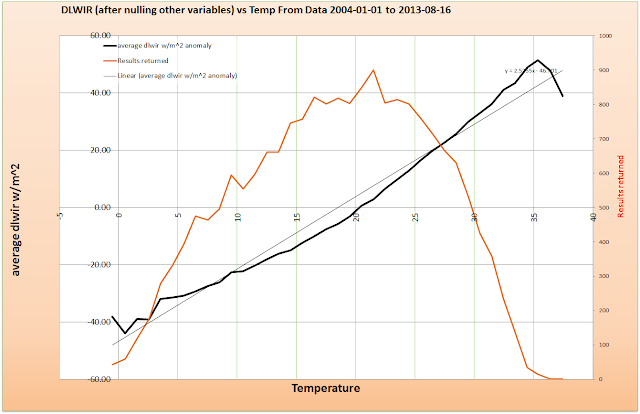 It should be noted that the drop in value at the high temperature end is most likely due to the small number of results returned and is therefore not valid.

The net plot shows the effect of increasing absolute humidity 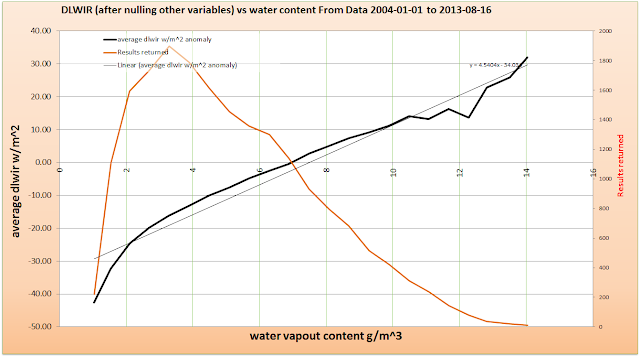 The following pair show the change with day of the year. Note that temperature effects should have been nulled so the peak should not be due to summer temperature. The second plot compares La Jolla CO2 with the dwlir. The dwlir seems to show the inverse of what would be expected! 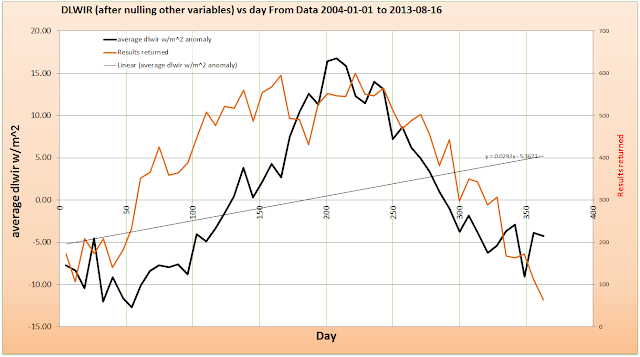 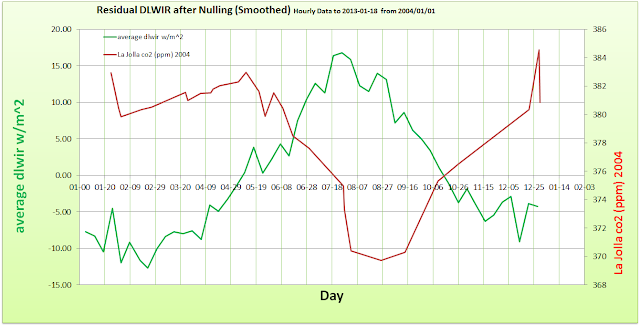 Station pressure below, has very little effect on dwlir 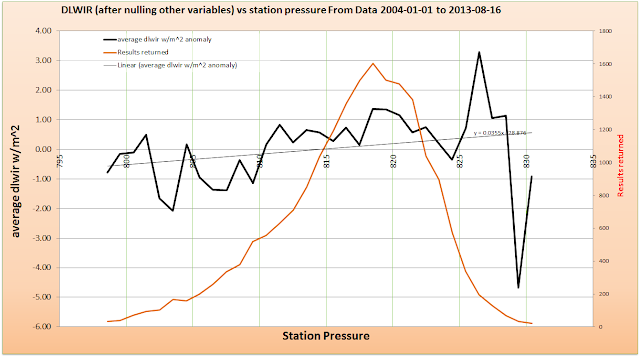 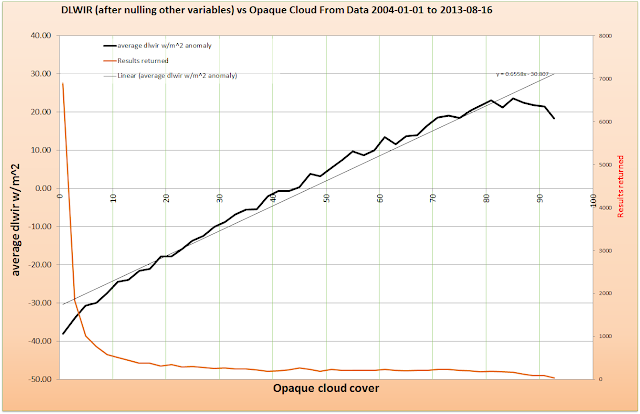